Some of Dutt’s more notable accomplishments include:

Dutt was asked by the owner to assess the operations and make recommendations, which at the time was doing just $450K in annual gross revenue. After a restructuring and change of personnel, implementation of a golf packaging program the course generated $1.8M per year.

Caesars Entertainment purchased the Orient Golf Club in 2009 to establish a foothold in the gaming enclave of Macau. Dutt and his team were tasked with rebranding the course, improving course conditions and elevating the golf experience to match the brand of the leading gaming company in the world. Dutt improved course conditions with a redesign of certain holes, clubhouse renovations and the construction of a Butch Harmon School of Golf. As stated by Gary Loveman, then CEO and Chairman of the Board of Caesars Entertainment: “Caesars Golf Macau transformed itself from a little-known course to a links-style golf destination worthy of the Caesars brand. Eric Dutt, VP of Golf was instrumental in helping redesign the course and in teaching our maintenance team how to care for the course to uphold world class standards.”

Dutt consulted with famed golf course architect Rees Jones on this gorgeous golf course on the island of Loreto, Mexico. 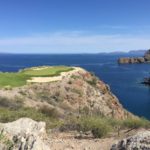 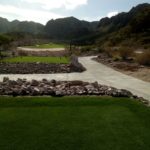 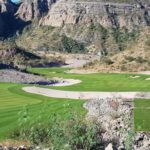 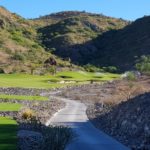 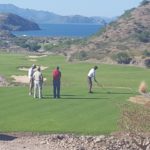 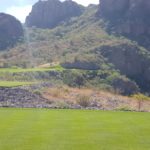